The first real product I ever worked on, HipCal.com was “launched” a decade ago today. I use quotes there because it was a pretty uneventful launch. We uploaded a few hand-selected PHP files to our shared webhost via SmartFTP and then posted a barebones blog post. I have no memory of what we did after that, but it certainly didn’t involve pitching tech blogs, posting on social media, or sending out an email blast. I don’t think we even had a way to see how many users had signed up besides manually running a SQL query from the ugly cPanel admin interface our host provided.

It’s fun to look back on this as a way to measure how much we’ve all learned since that point. Members of the team have since gone on to found HipChat, ToutApp, and Balanced, among other projects.

Here’s to the next unpredictable 10 years!

I got my first GoPro, the HERO2, in 2011 and have been using it to record all my ski trips since. Not because I do anything that’s really impressive, but because it’s fun and a great way to review my skiing to look for ways to improve. If you haven’t had the experience of recording something you thought was impressive on video yet, what usually happens is that the footage looks incredibly boring compared to how it felt at the time you recorded it. A 10 foot cliff looks like a 3 footer on the wide angle lens. Keep that in mind next time you see a POV video that really impresses you: it was far crazier for the person who recorded it.

Usually I make a season recap video in the fall as a way to get excited about the upcoming year, but this year’s took me longer to finish. Mostly due to laziness, but I also wasn’t too excited about the conditions on any of my trips last year. Hopefully this west coast drought will end soon, though 2014-2015 doesn’t look like the season to make that happen so far.

Baldface lodge and Whitewater in Nelson, BC were the season highlights even though a high-elevation rain event happened the week before I arrived. Hoping for more wintry conditions there this year.

Analysis paralysis and the Node.js ecosystem

For the past 5 years @SquawSnow has been sending out a tweet whenever it snows at Squaw Valley (which is not often enough these past few years).

This was done by a PHP script that scraped Squaw’s snowfall tracker every hour to check for changes. But last month I was looking to build something “real” in Node and decided that rewriting this script would be a good place to start.

I’d never built anything in Node before. In fact, the last time I did serious JavaScript work was in the days when we still had to consider IE6 (ugh). But I figured it wouldn’t be too hard to get a basic project set up, especially since I didn’t need the power of a full framework. I was quickly slowed by the ~120,000 npm packages, multiple async styles (classic callbacks, fibers, ES6 generators), and an overwhelming feeling of choice. These are signs of a rich ecosystem and progress, but I was overcome with analysis paralysis.

Analysis paralysis is the state of over-analyzing (or over-thinking) a situation so that a decision or action is never taken, in effect paralyzing the outcome. (Wikipedia)

It’s natural to want to do things “the right way”, and I just kept thinking; Is this package already outdated? Is this random person on GitHub actually maintaining this package? Will X play nicely with Y? What would someone experienced use here? Didn’t I just read something about a fork of Node that was going to progress even faster?

Perhaps this is just typical of all newer languages/frameworks and I had false expectations about Node feeling more mature given its popularity. Turns out that the Node ecosystem poses a challenge for some experts as well:

It’s easy to see all of these new things flying by, combined with changes to JavaScript itself, and feel completely overwhelmed. To be honest, over the past two years, even as a maintainer of Ember, I have experienced very serious hype fatigue.

— Yehuda Katz of Ember.js/jQuery/etc on HN discussing The State of JavaScript in 2015 (worth a read)

So maybe that’s just the way it’s gonna be. Time to make some choices and start coding.

After a reading a few tutorials and opinions I decided a few things: 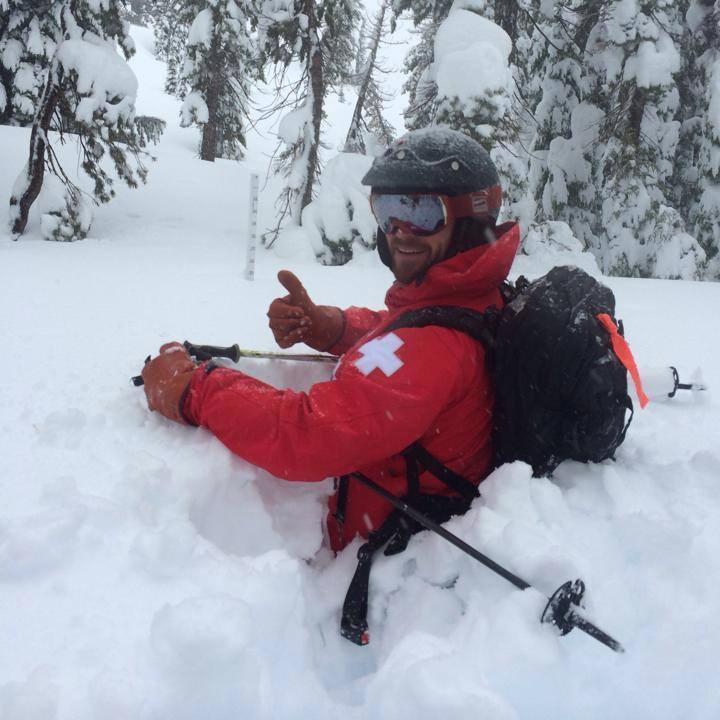 And here’s the code: https://github.com/powdahound/squawsnow

It really doesn’t do all that much, so didn’t take too long to put together. The hardest part was probably figuring out which external packages were going to play nicely with ES6 generators/Promises for Koa. There are surely things I’ve done wrong but it’s in the wild and I learned a lot along the way. If this project were of more importance, this might even be one to throw away.